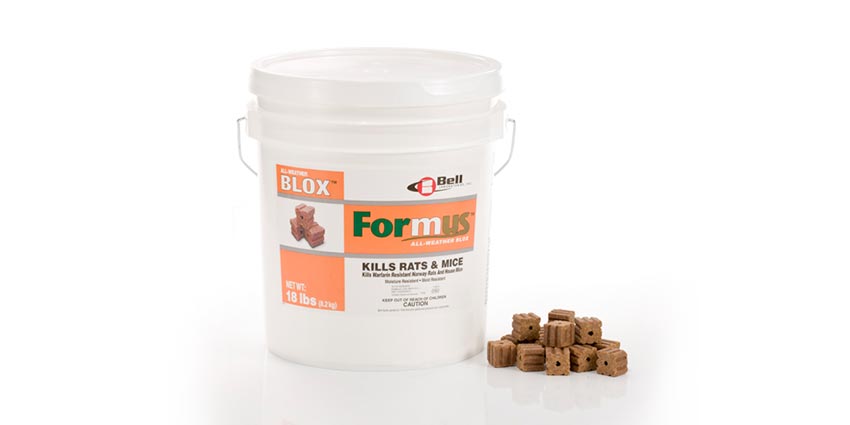 FORMUS contains the powerful single-feed, second-generation anticoagulant, Brodifacoum, in an economical 15g BLOX. Specifically developed to appeal to mice, every ingredient in FORMUS was chosen with a focus on mice - with the ultimate aim of controlling the most difficult mouse infestations.

FORMUS is formulated with its active ingredient at 0.0025 percent, half the concentration of conventional Brodifacoum baits. This new bait from Bell is strong enough to control both rats and mice.
Half the size of Bell's extruded BLOX, the 15g FORMUS BLOX lets PMPs put out smaller placements of bait in more locations which can lead to better mouse control.

FORMUS meets the Environmental Protection Agency's (EPA) single-feed guidelines that require a rodenticide to kill after only 24 hours of exposure to the bait. Its advanced preservation system also reduces the risk of mold and mildew and it is melt resistant to 170 degrees F, higher than most baits on the market.