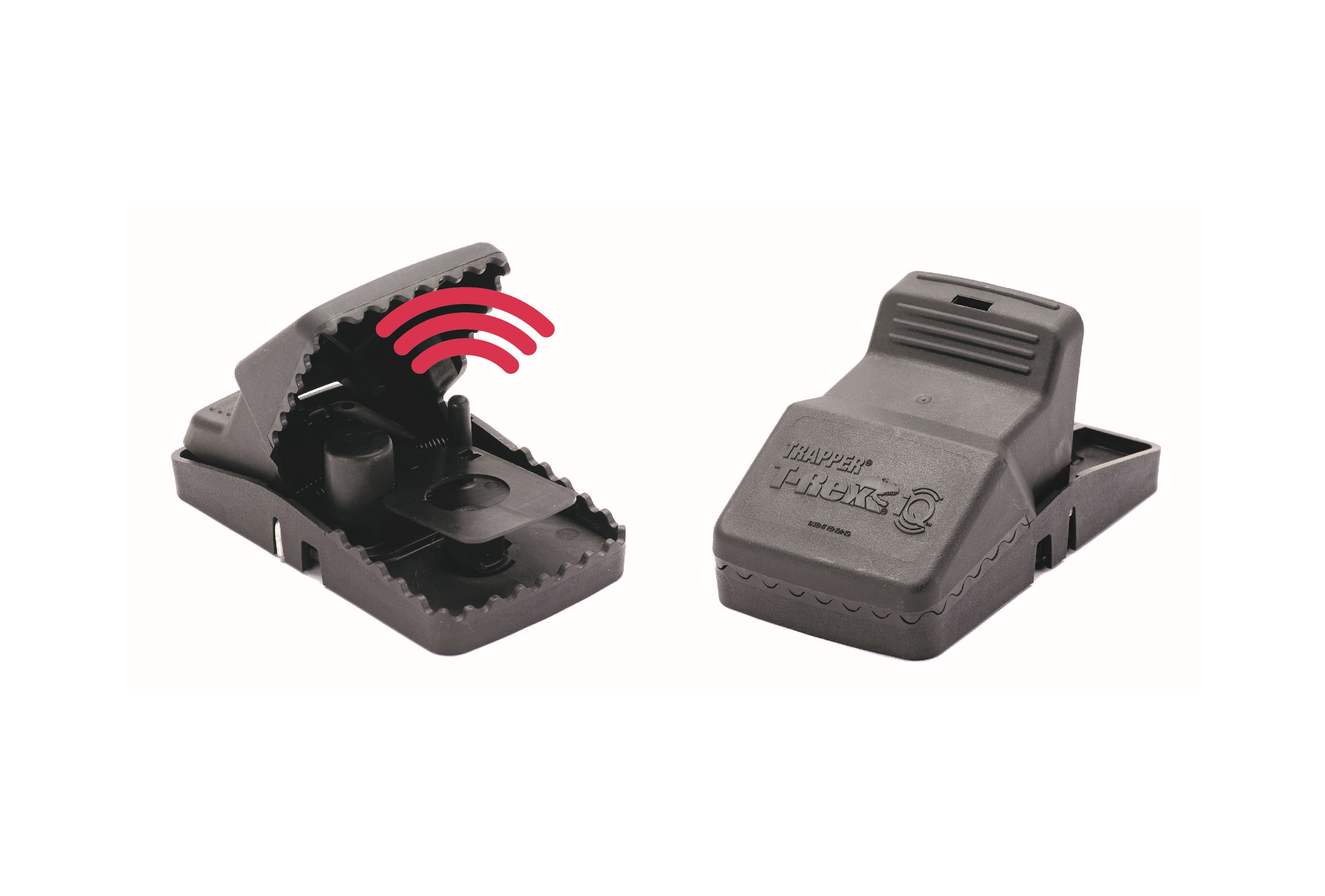 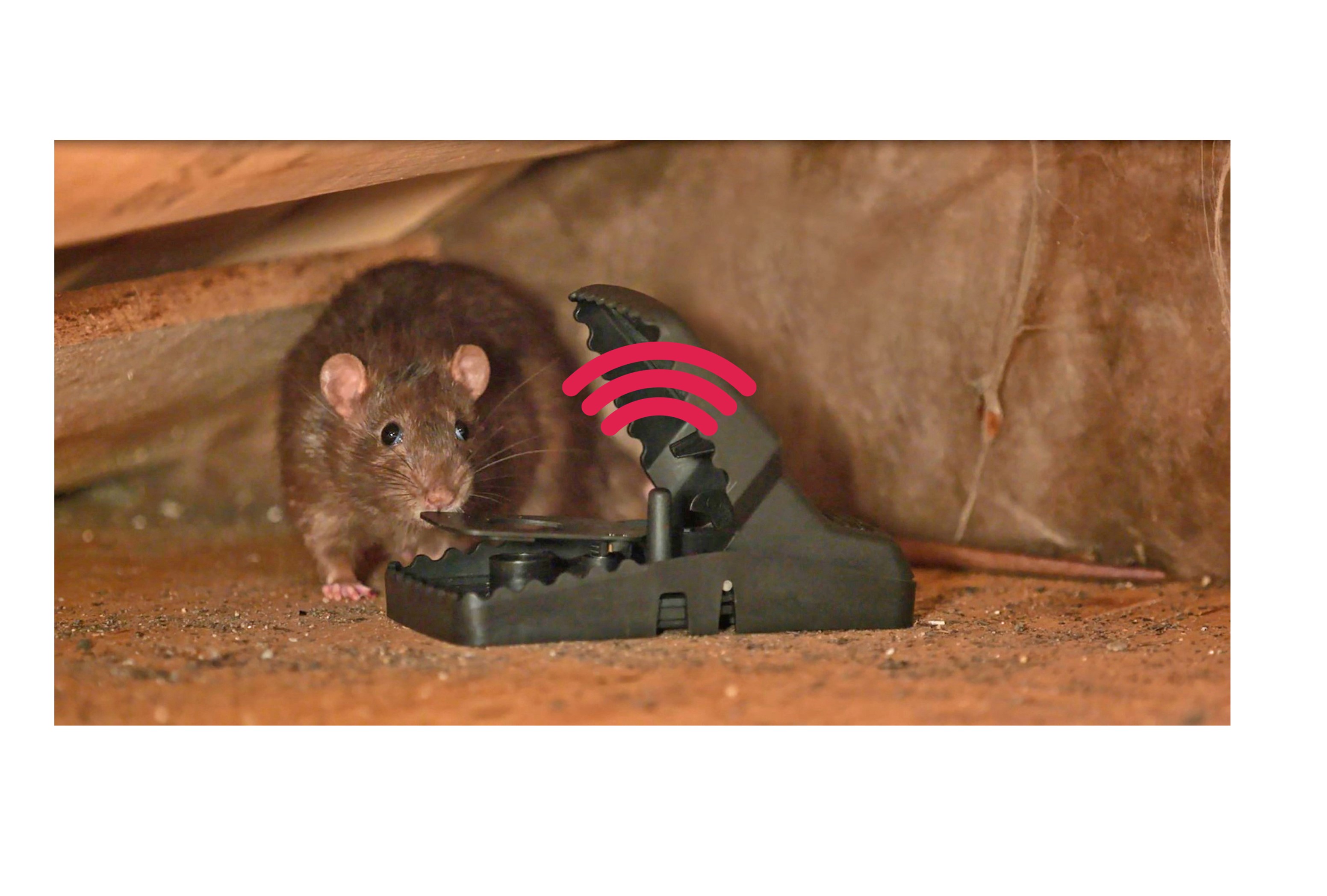 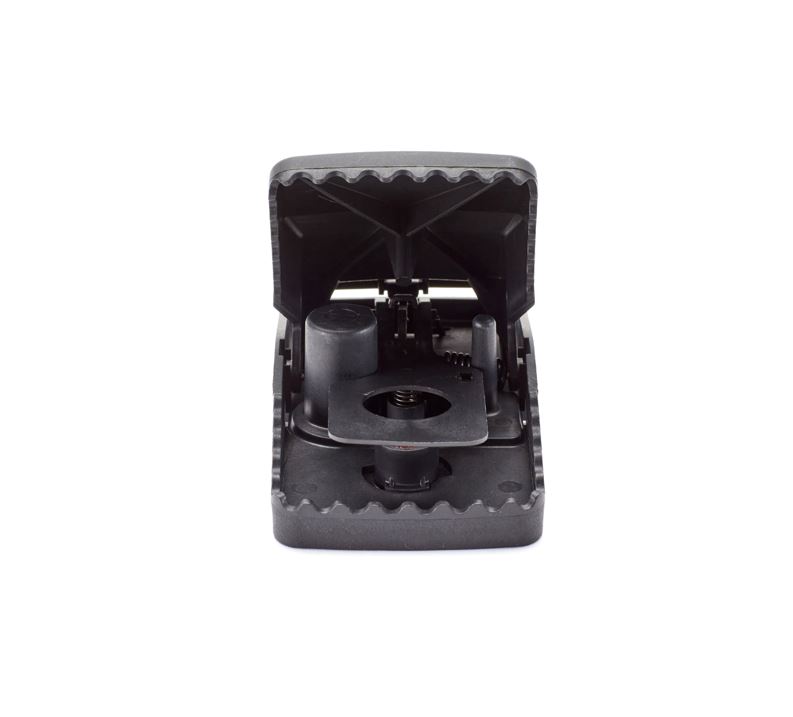 Bell’s superior rat snap trap now comes with an incredible new feature, built-in sensing technology. Technicians will now be able to place T-REX® iQ traps in hard-to-reach locations and know without having to get a ladder whether there is a capture or not.

Each T-REX® iQ™ rat trap comes with a fully integrated battery, proprietary sensor and antenna, that is water and weather-proof. The sensors collect timestamps of rodent activity and communicate via Bluetooth® technology to the Bell Sensing App when technicians are on site doing their service. Knowing exactly when rodents are most active at the account and where will help PMPs to work smarter at their accounts. Once PMPs are on-site, they will know which traps need to be serviced, saving time and limiting disturbances at their customer.

T-REX® iQ™ has same ferocious trapping power that T-REX® traps are known for, with its patented interlocking teeth making rat escapes virtually impossible. Its removable bait cup can be withdrawn, filled with an attractant and re-inserted without having the trap set.